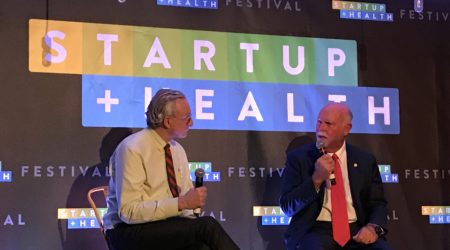 Many of the world’s leading medical institutions offer high-end health screening services. Yet few if any compare in cost to the one from Health Nucleus, a $25,000 one-day full-body examination that promises to uncover hidden health risks and enable potentially lifesaving interventions. The pitch is compelling, but is the price justified?

Health Nucleus is a product of Human Longevity Inc. (HLI), an early-stage company dedicated to extending longevity and wellness. HLI is co-founded by Craig Venter, the renowned biotechnologist best known for helping pioneer the sequencing of the human genome. It sees genomics as indispensable to its mission. The company claims it is building the world’s largest genomic datasets and most advanced sequencing capabilities.

These capabilities are at the heart of Health Nucleus, a health screening service that is centered around so-called “whole genome sequencing.” In contrast to most other genetic testing services, which typically examine small parts of the genome with known significance, Health Nucleus uses super-high-end sequencing technology to get more complete and accurate genomic data.

The key to its approach is that HLI also cross-references this data with what’s known as phenotypic information, meaning what’s observable in clinical exams. The exams include most of the routine tests you’d get in a typical checkup, such blood draws to determine your cholesterol levels. But it also includes other tests, like full-body MRI imaging, that are expensive and typically not recommended in the absence of symptoms that justify their use. The idea is to compare the detailed information from your exam with your genome sequence in order not just to learn about you, but to learn more about genomics generally. Venter, as a pioneer of genomics, is acutely conscious of how much remains to be understood about the field.

Most tests are done in one eight-hour visit to the Health Nucleus facility in La Jolla, California. The service includes consultations with clinicians, as well as reports and applications that help clients interpret the results, which are based on roughly 150GB of personal health data.

HLI has serious scientific and technological chops to help it make sense of all this data. Founded in 2014, the company already raised roughly $300 million in venture capital and completed an impressive series of acquisitions, key hires, and strategic partnerships. These initiatives give the company access to some of the best technology, talent, and data in the industry.

But it’s still fair to wonder if Health Nucleus will show value for clients and prove to be a going concern. Many of the tests in the Health Nucleus service remain experimental and do not have FDA approval. A 2015 press release said that it will expand to other locations in 2016, but this has not yet happened. The company may ultimately decide to focus on other revenue opportunities, such as enterprise sequencing services or proprietary R&D.

In a November 2015 report in STAT, many prominent physicians questioned the utility of the service. Some worried that excessive testing could cause harm to patients by increasing anxiety and pushing them towards unnecessary treatments. Venter says that 40 percent of Health Nucleus clients discover that they have an undiagnosed disease that merits serious attention. Such claims play to our deepest fears, but obviously should be taken with a grain of salt in the absence of peer-reviewed evidence.

So what kind of person would go for a health screening service that’s both expensive and unproven? At the Startup Health Festival in San Francisco on January 9, Venter provided a few clues. In a fireside chat with Techonomy’s David Kirkpatrick, he said that over 400 people have already used the service. He also said men have so far been twice as likely as women to try it.

Some in the audience weren’t convinced. In the Q&A session, one person said that knowing about an incurable condition would cause overwhelming stress and reduce the quality of his life. Personally, I’d rather know what’s coming so that I can do my best to prepare for it, but some might justifiably opt for blissful ignorance.

For most people, cost is still probably the biggest obstacle to using the service. Yet if the price comes down and new Health Nucleus locations are opened, I suspect that that many would be open to it. And if its cost-effectiveness can be proven and insurers start reimbursing it, then it could achieve traction rapidly.

Until then, even wealthy hypochondriacs might settle for less expensive alternatives. Many will continue to choose high-end health screening services from more famous institutions like the Cleveland Clinic, Mayo Clinic, or Johns Hopkins. Sometimes referred to as “executive wellness” programs, these services also include a battery of tests and personalized consultations in luxurious facilities, with prices typically in the four-figure range.

While Venter’s talk at the Startup Health Festival last month didn’t entice me to buy the Health Nucleus service, it made me realize that it was time for a checkup anyway. After a bit of comparison shopping, I chose the Executive Health Screeners package at Gleneagles Hospital in Singapore. Over the course of three hours, I took a series of tests, including many that were probably unnecessary. The total cost was about $500. They said I was fine.