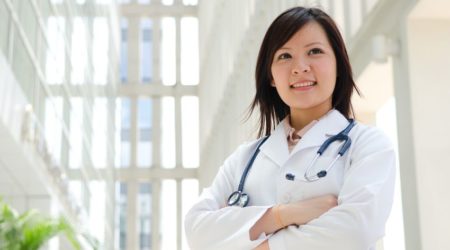 Since the early days of genomics in the 1950s, the field has been dominated by researchers in the United States and Europe. Yet as Asia develops, many countries in the region are gaining the skills and capital to play a growing role in the ongoing genomics revolution. Some of them are now competing aggressively to launch genomic research institutes and companies. They could eventually challenge Western leadership in the field.

These countries want to be part of an unfolding revolution in healthcare. Recent advances in genomics are delivering amazing new understandings of the code of life, including how it interacts with our environments to make us who we are. This allows us to screen for previously hidden disease risks and develop personalized treatments that can help us live longer, healthier lives (something known in the healthcare world as “precision medicine”). It also allows us to manipulate our environments to make the world a safer and more comfortable place.

By getting involved in the genomics revolution, Asian countries hope to unlock economic opportunities in this fast-growing field. Many also want to make sure that the unique genetic attributes of Asian peoples are better understood. Since most genomic research until now was led by Western researchers, many insights from the field are more applicable to people of Western heritage than other backgrounds. This is particularly true in highly consanguineous Asian populations, such as those in the Gulf region, where genetic diseases are common.

China is taking a leading role in Asia’s genomics space. Its government recently launched a major Precision Medicine Initiative (PMI) that could amount to as much as $9 billion in spending over the next 15 years. Obama’s 2015 PMI, by contrast, amounted to a relatively paltry $215 million, and faces uncertain prospects under the Trump administration.

We can debate whether government-led scientific research is more or less effective than private sector initiatives, but there’s no doubt that China’s PMI will boost China’s genomics industry, which is already attracting significant private investment. In the past few years, Chinese investors placed big bets on genomics companies like iCarbonX, which raised over $100 million in its Series A last year. Chinese healthcare companies are acquiring foreign genomics companies too. In 2015, for example, the Shanghai-based healthcare services firm WuXi AppTec acquired NextCODE, an Icelandic genomics company, to form WuXi NextCODE.

Investors in other Asian countries are also making moves. A few weeks back, Japan’s Softbank led a $360 million investment in Guardant Health, a company working on novel methods for diagnosing cancer based on blood samples. These technologies, known as “liquid biopsies,” are an exciting field of research. Grail, another U.S.-based company working on liquid biopsy technologies, raised nearly $1 billion in March (China’s Tencent was among its investors). Such technologies already exist for some kinds of cancers, but companies like Guardant and Grail are hoping to make them more sensitive and cover a wide range of cancers.

Singapore is another emerging hotspot for genomics. The city-state’s leaders clearly see genomics as part of their broader efforts to make it a hub for healthcare innovation in Asia. They’ve managed to produce an innovation ecosystem that’s attracted companies like Human Longevity Inc., a genomics-driven healthcare company that offers high-end health screening services, and which has bioinformatics team based in the country. They’ve also pursued direct investments in genomics firms, as evidenced by the participation of Temasek, a government-owned investment firm, in the recent Guardant deal.

Most of these initiatives are the territory of high-end researchers requiring major capital for long-term research initiatives. Yet as public awareness of genomics increases in Asia, consumer-focused genomics companies also have new opportunities. Prenetics, for instance, is Hong Kong-based and targeting the East and Southeast Asia markets. Xcode is another one focused on India. Companies like these are sprouting up all the time, looking for ways to commercialize existing technologies in local markets.

These companies may face cultural challenges in Asia. In late 2016, for instance, I attended a healthcare conference in Qatar where Islamic bioethicists debated the morality of new genomics technologies. Their deliberations could have implications for genomics entrepreneurs in other Muslim countries in Asia, such as Indonesia and Malaysia. Overall, they were not opposed to genomics — the Qatari government is investing heavily in the sector too — but they are serious about ensuring genomics technologies are used in a manner that’s consistent with their faith.

Genomics enterprises may also face regulatory challenges in Asia, where healthcare leaders will need to wrestle with thorny issues around who owns genomic data, how it can be used, and what kinds of research are permissible. What kinds of direct-to-consumer genetic tests will be permissible? What will be the role of genetic counselors? Questions like these could prove as ethically contentious as they’ve been in the United States and elsewhere.

Whatever happens, it’s clear that Asia will play a growing role in genomics. This should ultimately be a good thing for everyone. The more people are involved, the faster the field will progress. But Asia’s growth in the field could also mean that the West — particularly the United States — is losing competitive advantage.