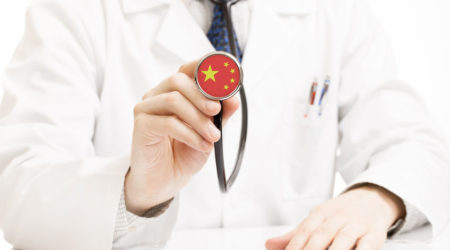 As China develops, its economy is becoming more innovative. Yet in healthcare, the country still struggles to deal with wrenching challenges, and it produces relatively few breakthrough innovations in medicine and healthcare technology. Massive new investments and policy reforms, however, could soon transform China into one of the world’s top R&D hubs. In some fields, such as precision medicine, it even seems poised to become a global leader.

China’s leaders understand that healthcare innovation is crucial for their nation’s continued rise. They know that new ideas and business models are essential for addressing challenges in their domestic healthcare system, such as overcrowding in urban hospitals, low rates of insurance coverage, a rapidly aging population, and the health impacts of widespread pollution. They also know that healthcare R&D will help to diversify and modernize their economy in an era of slowing growth.

The Chinese government recently enacted a slew of new programs to address these challenges. Many of them aim to stimulate entrepreneurship, bolster domestic research institutions, and generally promote innovative approaches to upgrading the healthcare system. One of them specifically calls for large pharmaceutical and medical device companies to invest at least 2% of their revenue into R&D (a great overview of this change is in this recent report from the US-China Business Council).

China is also moving to reform its regulatory environment. This includes steps by the China Food and Drug Administration (CFDA) to streamline evaluation and approvals for new treatments. For years, low institutional capacity and red tape at the CFDA made life difficult for would-be innovators in China. It also created barriers for global firms that wanted to bring innovative products into the country. Problems persist, but many feel that it’s getting better quickly.

The Chinese government is directly funding research too. Last year, it announced a major initiative in precision medicine (an approach to treatment that takes into account individual characteristics, including genetic makeup). That could amount to as much as $9 billion in spending over the next 15 years. This funding will undoubtedly buoy China’s already-hot genomics industry, and possibly challenge American leadership in genomic research. Obama’s 2015 precision medicine initiative, which committed only $215 million and faces uncertain prospects under the current administration, seems puny by comparison.

All these initiatives create fertile ground for private R&D investment in China. Even before the latest round of reforms, leading multinationals have been building multi-million-dollar R&D centers in China for years. Yet the coming years may see even bigger investments. Novartis, for instance, recently invested $1 billion in a new R&D center in Shanghai. In a June 2016 interview with Fortune, Novartis CEO Joe Jiminez said that the center will work on drug discovery, and predicted that “there will come a time when breakthrough innovation occurs in China on a regular basis.”

Yet all this activity does not necessarily guarantee progress. Recent reports indicate that China’s digital health sector is currently facing major setbacks. One of the first reports came from Jeffrey Towson, a Peking University Professor and prominent writer on China, who published a sobering assessment of China’s digital health sector in September 2016. Since then, similar accounts appeared in Bloomberg and the Financial Times. They suggest that even some of the biggest digital health startups are not getting great traction and burning money fast.

Part of the problem is a herd mentality. “Everybody is trying to do online consultation,” said Sebastien Gaudin, CEO of The CareVoice, a Shanghai-based healthcare and insurance technology startup that allows affluent Chinese consumers to rate physicians and hospitals. “Some doctors are enrolled on five telemedicine platforms, but that doesn’t mean they’re using them.”

There are other problems too. China’s underdeveloped reimbursement system means innovative products and therapies don’t have much of a market. IP protections are still not great. And frequent cases of research fraud continue to undermine trust and credibility in the nation’s scientific outputs.

Innovation is still happening, but it’s of a type that’s not always noticed. “Most success stories in healthcare innovation are reminiscent of how companies in other sectors moved up the value chain,” says China healthcare expert Benjamin Shobert. “It’s less about novel ideas and more about incremental, process-driven innovation that will drive down costs.”

Yet as the regulatory environment improves and new capital finds its foothold, this will almost certainly change. Chinese businesses and research institutes are already absorbing foreign technologies at a rapid clip, and many are developing innovative ways to adapt them to the local market. It’s only a matter of time before they start producing more of their own IP.