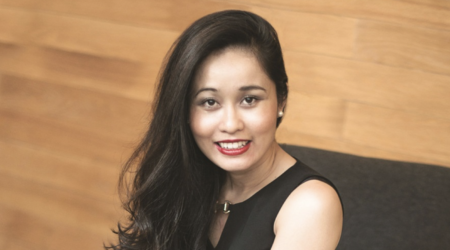 The first time Huong Tran pitched a group of Vietnamese investors on Epomi, a beauty retail startup she founded in 2014, she was shocked by their reaction.

“They told me that women are too emotional to run a business and they don’t like investing in them,” she said. “This was one of the leading international VC firms in Vietnam—I didn’t expect this.”

Until that point, Tran rarely had trouble convincing others to take her seriously. A Vietnamese national with an MBA from Duke and a decade of leadership experience at top multinationals like Samsung and GSK, she had a long track record in business. At the time of her pitch, Epomi already had rapid sales growth, an adoring customer base, favorable contracts with top suppliers, and a clear plan to lead Vietnam’s fast-growing beauty retail market.

Tran eventually found investment for her startup, but her initial experience is not uncommon. In both developed and emerging economies, gender discrimination is a universal challenge. So is sexual harassment—a problem that’s becoming increasingly visible in light of the seemingly endless string of harassment scandals happening in the tech world.

Compared to other Asian countries, however, Vietnam performs relatively well on some measures of gender equality. For example, women hold 17.6% of board seats in Vietnam, more than any other country in the Asia-Pacific region except Australia (20.1%), according to a recent study by Deloitte. The study, which looked at 64 countries globally, also found that Vietnam outperformed the global average (15%), as well as more developed neighbors like Singapore (9.4%) and China (9.2%).

Women also run a substantial share of Vietnam’s small and medium-sized enterprises (SMEs). Roughly 25% of SMEs in Vietnam are owned by women, according to a 2016 report by the Mekong Business Initiative (MBI), a development partnership co-led by the Asian Development Bank and the Australian government. In South Asia, by contrast, only 8% of SMEs are women-owned.

Women lead some of Vietnam’s largest and most iconic companies as well. One of the most prominent is Nguyen Thi Phuong Thao, who is best known as founder and CEO of Vietjet, a popular budget airline that listed on the Vietnamese stock exchange earlier this year, and which helped make her Southeast Asia’s only female billionaire.

High-profile female executives can also be found in a diverse array of other industries, from retail to agriculture, as well as on the startup circuit.

In some industries, women hold a large share of senior management positions too. Between 2014 and 2016, I worked with a Singapore-based healthcare data company to launch a new service line in Vietnam. During that project, I made sales calls to nearly every multinational pharmaceutical company in the country. While many of those offices are still headed by foreign men, the majority of my business contacts were women. Behind the scenes, women often ran the show.

But not every industry had the same sensibility. Back in 2015, in a series of stories for Techonomy about Vietnam’s burgeoning IT sector, throughout dozens of interviews and site visits with local IT services firms, I came across almost no women. As in most countries, women are underrepresented in Vietnam’s tech industry, though some educational organizations are keeping this in mind as they work to build the country’s STEM talent.

“Vietnam has some prominent female business leaders, but that doesn’t mean there’s gender equality across the economy,” says Shuyin Tang, a Principal in the Vietnam office of Patamar Capital (formerly Unitus Impact), an impact investment fund with offices in San Francisco and across Asia. To help bridge the gap, Patamar Capital recently launched an investment fund specifically for women-owned businesses in Southeast Asia.

Other organizations are also working to support Vietnamese businesswomen. For example, MBI recently helped launch the Women’s Initiative for Startups and Entrepreneurship, a multi-stakeholder program that will provide programming and services to support women-owned businesses in Vietnam, which a vision to expand to the Mekong region. Another one is Women of Vietnam, a private community launched by a Vietnamese-Australian entrepreneur in 2015.

Organizations like these are tackling a thorny and sometimes contentious topic. “Anyone who brings up gender in the workplace is wading into deep and muddy waters,” wrote Sheryl Sandberg in Lean In, her bestselling book on gender and work in the modern era. “The subject itself presents a paradox: forcing us to acknowledge differences while trying to achieve the goal of being treated the same.”

Yet around the world, there’s a growing movement to encourage gender equality and prevent discrimination against women in business. As this movement heats up in Vietnam, expect to see more women entrepreneurs taking charge in this fast-growing and dynamic country.

This article originally appeared on TechCrunch.