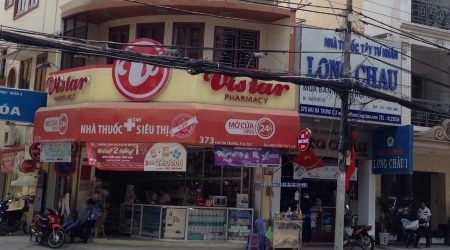 Like many emerging markets with underdeveloped healthcare systems, Vietnam faces ongoing challenges in providing its people with access to affordable, high-quality care. HealthTech initiatives here are beginning to make a difference, but the overall ecosystem is still in its infancy.

I say this as someone who spent three years working with both HealthTech and traditional healthcare organizations in the country. This doesn’t necessarily make me an expert, and I often wonder if I’m overlooking signs of progress. Yet having followed the scene carefully in my time here, I still see lots of work left to be done.

My Vietnam healthcare journey began in April 2014, when I moved here from the Philippines to join a local consulting firm. I ended up spending most of my time on a market entry project for a group of German medical device firms. That project took me on a tour through the disheveled, fragmented, and inefficient underbelly of Vietnam’s healthcare system. It was fascinating, but I can’t say it was always a pretty sight.

Alongside that project, I was also writing a regular column for Techonomy, and in September 2014, my work inspired me to do an article about digital health trends in Southeast Asia. We gave it the title “Southeast Asia’s Health App Explosion,” which in retrospect seems like a bit of an overstatement, though the region’s healthtech scene has certainly taken off since then, particularly in Singapore and China.

One of the people I interviewed for that story was Farouk Meralli, the founder and CEO of mClinica. My story was published just as he was completing his seed round, and since we became fast friends during the interview, we decided to try working together. I joined mClinica in November 2014, and spent the next two years helping him with many aspects of his business, including market entry in Indonesia and Thailand. Yet Vietnam remained my base and my primary focus.

In my first year, Vietnam felt like a HealthTech greenfield. I sometimes came across public sector organizations using digital tools to fight tuberculosis, improve medical education, and run other public health campaigns. I also came across some local health IT vendors, and a ton of IT services firms that were doing offshore development work for foreign healthcare companies. But I never ran into another early-stage venture-backed startup like mClinica.

I did, however, run into a few snakes along the way. About six months in, a “friend” invited me out for lunch. He took a lot of interest in my work, and asked many probing questions. I later found out that he was working on a competitive business plan. And even worse, I found out because he bragged to my colleagues about how he tricked me into providing competitive intelligence. Fortunately, his business never succeeded, but it was still a sobering experience.

By my second year in Vietnam, however, an initial crop of real healthtech entrepreneurs started coming out of the woodwork. One of the first was James Miles-Lambert, whose Hello Health Group raised $1.5 million in seed funding last June to launch health information portals around Asia, including its HelloBacsi.com brand Vietnam. I also met two earlier-stage companies, CancerCare.vn and CLAS Healthcare, both of which have local founders.

I might have come across others too, but in my final months with mClinica, my attention shifted squarely to our paying customers, which were growing in number. Moreover, since the Vietnam HealthTech ecosystem wasn’t very active or inspiring, I started spending more time in Singapore for conferences and events.

Looking back, living in Vietnam was the most stimulating professional experience of my life so far. I recently stepped down from my role at mClinica to focus on some new endeavors, but I’m happy to say that they recently completed a healthy Series A round. They’re also hiring, so talented healthcare and technology professionals may want to check out their website.

As I write this, I’m still based in Vietnam, though I often think of relocating to Singapore, Hong Kong, or some other global city. I’m also still working in HealthTech, although I’m exploring opportunities in adjacent sectors—notably insurance, retail, and education. The more time I spend in healthcare, the stronger my conviction grows that healthcare progress will require interdisciplinary, cross-industry initiatives.

Above all, I look forward to working more with Asia’s vibrant community of entrepreneurs and technologists in 2017. Thanks to all the friends, mentors, and business partners who’ve gotten me this far. We’re only just getting started.

A version of this article originally appeared on Galen Growth Asia.