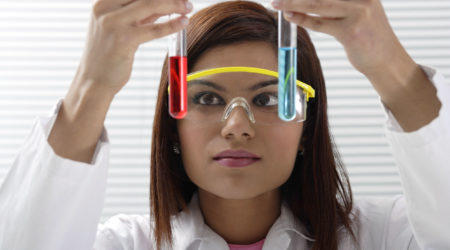 Among healthcare researchers, entrepreneurs, and those seeking to develop and commercialize novel treatments, Singapore is widely regarded as one of Asia’s leading healthcare innovation hubs. But some believe that the city-state should do more to incubate early-stage businesses and emerging therapies.

Most healthcare stakeholders agree that Singapore offers many advantages. Its efficient operating environment, reliable legal infrastructure, depth of professional talent, and advanced medical infrastructure make it an attractive regional base for many of the world’s top pharma, medtech, and biotech firms. And with strong government support for healthcare R&D and an abundance of venture capital, it is also home to an outsize share of Asian healthcare startups.

When I first reported on Singapore’s burgeoning healthcare innovation ecosystem in April 2016, I was generally positive about its prospects for regional and possibly even global impact. And in the two years since, I saw a steady increase in healthcare R&D and entrepreneurship. A raft of exciting new startups came onto the scene, buoyed in part by a seemingly endless stream of new innovation programs and investments by multinationals, providers, educational institutions, trade associations, and government agencies.

But not everyone is convinced that Singapore lives up to the hype. “We’ve seen relatively little ROI on all the healthcare R&D they financed in the past few decades,” a senior partner at a leading global advisory firm told me. “They will always struggle to compete with the likes of Boston and Silicon Valley, so they’d do better to focus less on high-tech innovation and more on R&D for Asia’s emerging markets.”

Singapore’s proximity to massive emerging markets like India and Indonesia, as well as small but dynamic countries like Vietnam, certainly confers geographic benefits. But for those seeking access to China, one of the region’s most tantalizing healthcare markets, Hong Kong may serve as a better gateway to the mainland. And as public and private sector investment in Chinese healthcare continues to surge, more entrepreneurs and researchers may choose to locate directly in cities like Shenzhen or Shanghai.

Some think Singapore can do more to support data sharing in healthcare. “We need to change our national mindset around health data,” says Jeevesh Kapur, a Senior Consultant Radiologist in Singapore and co-founder of Medo.ai, a Singapore-based medical AI startup. “I’m not saying we need to open our data to everybody, but we need to make it easier for startups and other stakeholders to access it.”

Another common concern is that there’s too much talk and not enough action. “Many of the most vaunted programs are just innovation theatre,” says Jeremy Lim, a Partner in the Health & Life Sciences Practice at the consulting firm Oliver Wyman and author of Myth or Magic – The Singapore Healthcare System. “We see lots of splashy new initiatives, but many of them don’t actually move the needle.”

A small island with a population of less than 6 million people, local researchers and startups sometimes struggle to find everything they need here. Its hospitals are top notch and its citizenry is generally affluent enough to afford the latest treatments, but its domestic market is ultimately small. And while it remains a popular place to pilot new products and business models, most regard Singapore as a springboard to the broader Asia Pacific region, not an end in itself.

To be fair, innovation ecosystems can take decades and billions of dollars to build. Singapore may not yet be a geyser of breakthrough medicines or healthcare technologies, but its science and business communities drive continuous advances in the field. In the case of innovative therapies and business models that are developed elsewhere, Singapore is often one of the first locations in Asia where those therapies are approved and made available to patients.

Despite its challenges, Singapore remains one of Asia’s most vibrant hubs for healthcare talent, capital, and research. They key question is how well its leaders will cultivate these advantages to drive meaningful progress in a region with vast unmet healthcare needs.