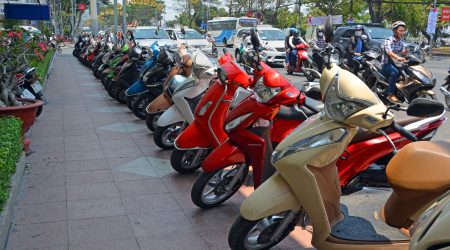 In April 2014, I moved to Vietnam for a consulting project. I never intended to stay long, but I ended up living there for over four years. Like most expats, I found many aspects of living there to be frustrating. But overall, I came away with the impression that Vietnam offers a great quality of life and fantastic opportunities for those who know where to look.

The opportunities stem from Vietnam’s rapid growth and transformation. I could rattle off tons of statistics to demonstrate the speed and scale of the change, but most boil down to three major factors: a young population, rising middle class, and a digitally-native consumer base. These factors are sometimes overhyped or misunderstood, but they are very real. Take a walk through any of the new malls or residential developments in Saigon and you’ll see what I mean.

Many emerging markets, including Indonesia and the Philippines, have similar economic and demographic profiles. All these countries are expected to follow a similar trajectory as China, which developed rapidly off the back of low-cost manufacturing and cheap labor, but which is now producing higher-end goods and services. China is obviously much bigger than all of them, and it got into the production game much earlier, so it still has cumulative advantages that none of its smaller neighbors can match. But as China grows, its wages will continue to rise and government policies will begin to favor more innovative sectors of the economy, which creates opportunities for less-developed countries to take on some of the low-cost manufacturing work. This, in turn, will help these countries grow their economies, absorb foreign technology, and eventually start producing higher-value goods themselves.

Not every country will succeed on this path. Most emerging markets—including some of the best-performing ones today—face a risk that economists call the “middle-income trap,” a state of economic limbo in which they manage to develop quickly when they are poor, but then stagnate when they hit middle-income status. This typically happens when a country does not sufficiently reinvest its national income back into education, infrastructure, healthcare, and everything else that’s necessary for a country to grow sustainably.

Vietnam still hasn’t proven that it can avoid this trap, but it has some unique advantages that give it a good shot of doing so. One of them is geography. Unlike Indonesia or the Philippines, which are both fragmented archipelago nations on the outer boundaries of Southeast Asia, Vietnam’s proximity to China makes it easier to integrate into existing supply chains. Vietnam also faces fewer natural disasters than its neighbors, which are generally more prone to floods, earthquakes, and typhoons. These are major reasons why Vietnam has become a major production zone for electronics, attracting multinational manufacturers like Samsung and Intel, as well as leading companies in other industries.

Another advantage is Vietnam’s large diaspora. During the Vietnam War and its aftermath, millions fled the region in the 1970s and 1980s. A lot of them ended up in America and Europe, and some became very successful. Many are now returning to Vietnam with dreams to rediscover their heritage and a desire to be a part of the country’s growth story. They are bringing talent, capital, and international business connections that are beneficial for Vietnam’s development.

A third advantage is the country’s tech-savviness. Vietnam scores well in international rankings of math and science education, and its people have strong cultural proclivities towards technology. This is part of the reason why Vietnam consistently ranks as a leading destination for offshore IT services. And while it has not yet developed a strong tech innovation ecosystem, it’s building the essential skills to make this happen. These skills should help keep the country relevant in today’s era of digitization and automation.

For all these reasons and more, the country has a buzz you can feel in the air. I’ve been living and working in Asia’s emerging markets since 2010, and having traveled through much of the region, I believe that Vietnam has a unique and special vibe. I’m not the only person to notice this. Earlier this year, Ho Chi Minh City was rated as the world’s second most dynamic city by JLL, a UK-based firm that does commercial real estate services and investment management. The index measures the speed of change in the overall economy and commercial real estate markets, and puts HCMC ahead of even Silicon Valley and Shanghai.

Vietnam also offers a good quality of life, though it took me a while to appreciate it. Prior to moving there, I spent nearly three years in Thailand, and I’ll admit that relocating to Vietnam was a bit of a shock. The infrastructure is much less developed, and some aspects of the culture didn’t appeal to me. In the beginning, I was constantly frustrated by a seemingly perpetual string of small annoyances. In restaurants, orders seemed to get botched frequently, even when I was with Vietnamese peers and communication wasn’t an issue. Many Vietnamese men chain-smoke, often in public areas like hotel lobbies and coffee shops, which I found unhealthy and distasteful. And Vietnamese road culture, where many drivers honk continuously and show little regard for the rules, struck me as both irritating and dangerous.

Yet Vietnam also has many charms. Compared to Thailand, with its overcrowded and sometimes unsavory expat scene, Vietnam felt like a more special place. Being there, I felt that I was on the frontier of something new. Prior to making the move, I also considered resettling in Myanmar, but the country was only just getting ATMs and halfway decent internet access at that time, and it was still a little too rough around the edges. Vietnam may not be as comfortable as Thailand, and it’s certainly a world apart from regional hubs like Singapore and Hong Kong, but unlike Myanmar, it has all the basics covered. It also had other draws, including beautiful and relatively undiscovered beaches, great restaurants, amazing history, and even an emerging craft brewing scene.

Still, Vietnam faces many challenges that could hold it back in the long term. One of them is infrastructure. As in so many other Asian megacities, developers here are pouring money into new buildings and shopping centers, but seemingly with little attention to how the underlying infrastructure can support it. Every day, I saw tall buildings going up on narrow streets, and in neighborhoods with only a few small roadways leading in and out of them. The result is a traffic problem that’s getting worse all the time. It’s still nowhere near as bad as places like Manila and Jakarta, where 2-3 hour commutes each way are the norm for millions of people, but it could end up like that if its leaders aren’t careful.

Another challenge is the standards of professionalism, which are often frustratingly low. Having helped launch multiple businesses there, and been involved in both the hiring and management of dozens of employees over the years, I’ve had the pleasure of working with many motivated, diligent, and passionate people. Yet I’ve also dealt with a lot of BS that rarely happens in more developed markets. On many occasions, for example, I’d hire someone, shake their hand, sign a contract, and then have them simply disappear with no explanation. I also found myself constantly correcting simple mistakes in the work of partners, suppliers, and employees—invoices that don’t add up, reports based on faulty data, websites that crash, and so on. And don’t even get me started on the unnecessary red tape or the funny business that goes on behind the scenes. Sometimes these things can choke you right out of existence.

Part of these problems are the result of the country’s educational system, which has its bright spots, but still fails many of its students. The most common criticism is that it emphasizes rote learning over problem solving, creativity, and teamwork. This mindset bleeds over into real life. I once did a study on organizations using digital tools to improve medical education in emerging markets. One of my interviewees, who had managed several medical education programs in Vietnam, said he often struggled to get his students to think of medical science as “more than a cookbook.” In other words, many of his students were inclined to memorize guidelines and procedures, but not to think critically how to apply them in clinical practice. A big part of his job was getting them to unlearn the bad habits they formed in primary and secondary school.

Problems like these are to be expected in any developing country. Yet overall, Vietnam appears to be on a positive path, and I’m generally optimistic for its future. I also see ongoing opportunity for myself. Even though I no longer live in Vietnam, I fully intend to stay involved with the country. This includes frequent visits to participate in events, write stories for regional and international media, and advise local companies on business and marketing strategy.

One of those companies is Epomi, a beauty retail startup that’s focused on serving the country’s growing base of middle-class and affluent consumers. Epomi is the first to be giving this market segment what it really wants—high quality products, helpful content, and a seamless shopping experience across both digital and offline retail channels. Its broader mission is to empower Vietnamese women with information and community that helps them achieve their best in business, love, and life. It’s a beautiful vision, and emblematic of the entrepreneurial spirit that will drive this country forward in the long term.